A new frontier and step change for technology 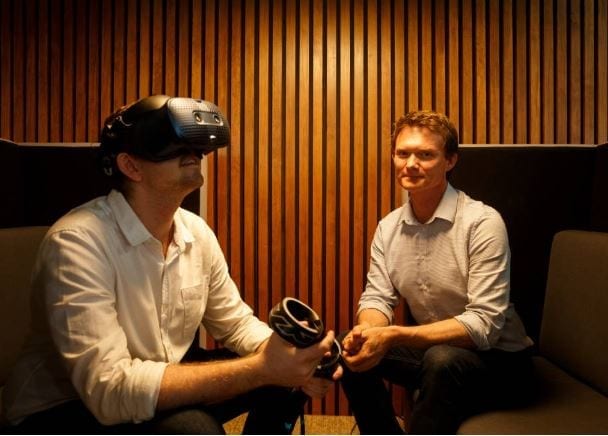 28 Jan A new frontier and step change for technology

TIM Black thrives on being at the forefront of what is possible – and not yet possible – in his rapidly evolving tech company Creative Pipeline.

“[In VR and AR] we now understand what is possible at this moment in time, so I can then help organisations wanting to explore this technology make an informed choice about what they can do right now,” Mr Black says.

“I am also making sure I understand what is coming in the 6-12 month time frame, then the three to 10 year time frame. This allows our team to be thinking about what is coming rapidly on the horizon, and start testing new techniques so we are ready to implement that when the headsets/computers get better.”

With an early love for drawing and design, Mr Black completed a Bachelor of Design (Industrial Design and Product Design) at the University of Newcastle. Upon graduation, 3D animation was starting to gain traction and Mr Black became “obsessed” with its potential.

“I was a massive Star Wars fan and I read about how they made it using stop motion and other techniques and that was really inspiration on how they made those films – you could see 3D animation was going to be something they used in film.”

In 2006 he was working for a Newcastle production company doing corporate, training and induction videos alongside 3D animation and multimedia production when he realised he was not utilising his industrial design skills. Seeing an opportunity to utilise all of his strengths to provide a service to engineering and industrial clients, he began Creative Pipeline.

“For people like scientists and engineers who have ideas in their head but don’t have skills to draw it well, to have someone take their idea and understand it and turn it into a visualisation that anyone can understand is a very powerful tool,” he says.

Creative Pipeline’s work has grown from 3D animation, video production and multimedia production for a range of companies to ultimately specialise in 3D animation and VR in the niche areas of engineering, industrial and science-based projects for companies including Bradken and Orica.

Mr Black said his team’s experience in multi-media has prepared it well for the evolving VR market, so too his degree.

“This moment in time is definitely a new frontier and step change for technology,” he says.